Since An Open Letter to James O’Brien from Country Squire’s Jamie Foster was published in this magazine on Monday it has been viewed 12,651 times. 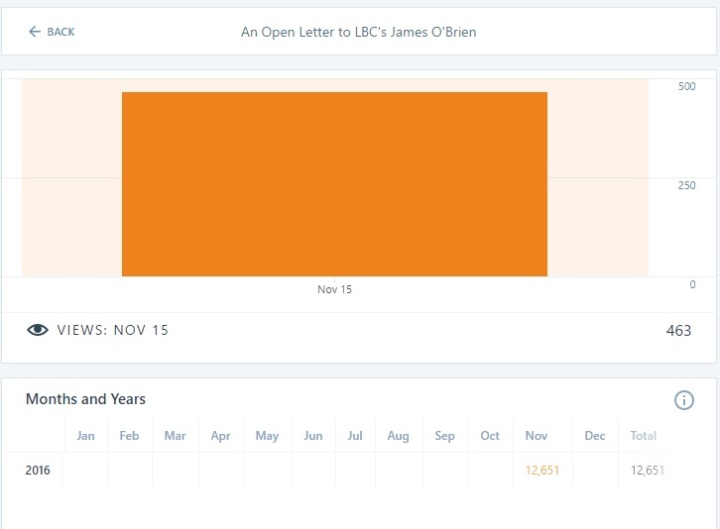 Just this morning (and this follow-up is being published before breakfast on Tuesday) there have been a thousand more views of this letter. By the time James takes the microphone for Tuesday’s show, no doubt thousands more will have read it.

We are sure readers will agree that this letter is a polite, measured and gentlemanly missive which answers directly the question that James O’Brien asked a total of 18 times on his radio show on LBC on Monday:

James O’Brien is a highly educated and eloquent social commentator with a socialist leaning. The wise monks of Ampleforth, where James was educated, would no doubt be urging him right now to step down from his pulpit for a brief while and, as a gentleman, humbly address the letter and the large and increasing number of his loyal listeners who have read and approved of it; a significant chunk of his audience to whom he owes so much.