BY PETER GLENSER, Chairman of the UK’s largest shooting organisation, The British Association for Shooting and Conservation (BASC) on how shooting benefits rural areas.

In a country with such a small land area, it’s incredible that the United Kingdom has such a varied selection of shooting sports. From game and rough shooting, through wildfowling, stalking and pigeon control, these wide-ranging activities make a massive contribution to our social, environmental and economic life.
This may seem a contradiction in terms. How can shooting be so closely linked to conservation? The answer is simple, if we only take from the natural world without giving back then everything loses out, from the animals and birds to the habitats that sustain them. If we preserve and create more of those habitats and protect the flora and fauna then the natural world often produces the sustainable surplus that we can harvest when we shoot.
Closest to people’s hearts is often conservation, but most people are not aware of the contribution that shooters make to protect the environment and the country in which we live.
Any country squire, laird or landowner will tell you; with land comes responsibility. Managing land can be a full-time job.
The countryside is not a theme park. Our rural environment needs to be cared for on a daily basis. So why is our beautiful countryside the way it is?
Generally speaking, it’s because it’s managed for shooting. In the UK as a whole, shooters and shoot providers have management responsibilities over some 35.5 million acres – that’s about two-thirds of the total rural land mass – and more than ten times the total area of all the national and local nature reserves run by conservation and wildlife organisations.
Much of this is land with a high conservation designation. 90% of English grouse moors are within National Parks or Areas of Outstanding Natural Beauty. 75% of all the heather moorland in the world is found in the UK because it is managed for grouse – and on those moors rare wading birds are five times more common than on upland not managed for shooting. On our coasts, 90% of the land managed for wildfowling is classed as Sites of Special Scientific Interest (SSSI’s).
Wildlife must be managed. British deer populations are approaching two million, the highest for 1,000 years. Left unmanaged, deer damage forests and can cause massive damage to crops. In extreme cases, overpopulation produces starvation for the herd. Deer stalking by those who care deeply for the welfare of the deer, manages the population and produces venison, one of the healthiest meats and one that has soared in popularity over recent years.
Those who shoot spend 3.9 million work days on conservation projects – that’s the equivalent of 16,000 full-time conservation jobs, and all paid for from private, not public, funds. In 2013, that amounted to £250 million spent on conservation work by shoots and those who shoot. To put this into context, that’s more than eight times the amount that the RSPB spent on its reserves in the same year.
Where land is managed for the benefit of game, other species naturally flourish. Songbirds are more common on land managed for shooting. They benefit from the hedges, game cover crops, predator control and the food put out for game birds.
Those who shoot are the true custodians of the countryside. Over time, without shooting – in any of its forms – the countryside would simply develop into an over productive prairie.
Shooting also provides valuable income to the economy.
The recent independent Value of Shooting survey (2014) found that shooters spend an estimated £2.5 billion a year on goods and services. This produces a direct financial benefit to the UK of £2 billion a year.
The benefit of this to communities in hard-pressed rural areas is considerable. Shooting helps local businesses; hotels, garages, local shops, pubs. For example those who shoot take 4.13 million visitor nights in hotels, inns and B&Bs, equivalent to a 30% increase in out-of-season hotel occupancy.  Every pound spent in the area creates further economic activity, including employment, as firms buy from local retailers and suppliers.
Shooting tourism is another major influence, directly supporting the equivalent of 5,200 full-time jobs in the food and accommodation sector. This helps to sustain rural communities in the autumn and winter when income from other forms of tourism is substantially reduced. This can make the difference between viability and closing down for many rural businesses.
Shooting provides a source of income that runs in harmony with the rural community but there are numerous added bonuses.
Shooting brings people together – a great benefit in widespread rural areas. The social side of the shoot, which involves local people of all backgrounds and visitors, provides a focus in dispersed communities where the opportunity for any form of social interaction may be limited.
A bonus for everyone comes from the food produced by shooting. 97% of all game shot goes into the food chain, with the remainder unfit for consumption. From pheasant curry to roast grouse, rabbit stew to pigeon salads, game is low in saturated fats, a natural food from wild animals. It’s now eaten more widely than at any time since the last world war.
The countryside is a national treasure. Maintained by those who shoot for game birds and other quarry species, they benefit us all.  We cannot let celebrity campaigners and those who want to ban shooting succeed
Without it all of us would be impoverished.

*All figures are from The Value of Shooting (2014), by the Public and Corporate Economic Consultants (PACEC)

10 thoughts on “Custodians of the Countryside” 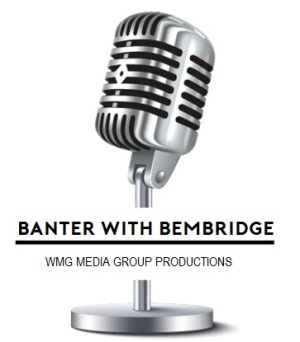 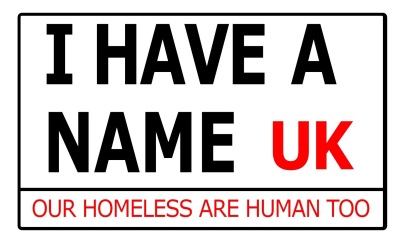